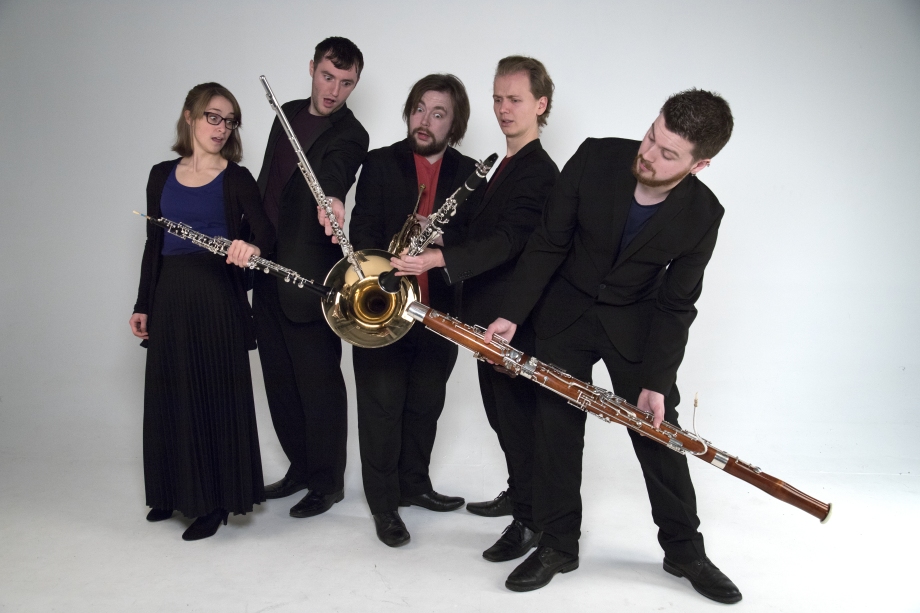 Graham chose to play the flute by chance. Aged 13, Graham was fascinated by China and was expecting to learn the bamboo flute. However, to nobody’s surprise he fell in love with the shiny silver one! In 2010 he was accepted to study at the RCS Junior Conservatoire where he won the Gilbert Innes Woodwind prize. Graduating in 2016 from the Royal Conservatoire of Scotland, Graham resides in his hometown of Edinburgh. He currently teaches for The City of Edinburgh Council, Fettes College, The Dunbar Music School and has a healthy following of private pupils. Recent solo performances have included the St Magnus Festival, Belladrum Festival, Edinburgh Fringe and at the Scottish Parliament. Graham still hopes to explore China.

Irena is a recent graduate from the Royal Conservatoire of Scotland where she received her MMus, having studied with Stephen West, James Horan and Stéphane Rancourt. Prior to this Irena was awarded a 1st Class BMus degree from the Royal Northern College of Music where she studied with Jonathan Small and Jenny Galloway. Whilst at the RCS Irena won both the Governors Solo Recital Prize for Woodwind and the Concerto Competition, as well as receiving critical acclaim in the Glasgow Herald for her solo performance of James MacMillan’s In Angustiis II, which was described as “an emotional arrow straight to the heart”. To end her degree she was delighted to perform the Martinů Oboe Concerto with the RSNO. Irena has a busy freelance career, regularly playing with the RSNO, BBC SSO, Scottish Opera, Scottish Ballet, and Royal Northern Sinfonia. She also loves working with talented young people and is a member of the social staff on National Children’s Orchestra courses and teaches at Big Noise Govanhill.

Matthew is a Panamanian clarinetist who has just completed Masters in Clarinet Performance at the RCS. Matthew completed his Bachelors at the University of the Pacific in California, studying with Dr. Patricia Shands. There, he was invited to perform in the 2012 Pacific Honors Recital. As a performer, he has traveled to many countries, including the United States, Costa Rica, Guatemala, Italy and Scotland. He received first prize in the 2010 Central American Clarinet Competition and performed as concertmaster for the 2009 Central American Clarinet Orchestra. He has premiered and recorded works by composers from Panama, Mexico, Scotland and the United States. Matthew has performed with JOCCA (Joven Orquesta y Coros de Centro America), as a soloist with the Guatemalan National Symphony Orchestra, and was a featured performer along with Danilo Perez and John Patitucci at the 10th Panama Jazz Festival. He currently freelances in the UK, regularly playing with various chamber ensambles, contemporary music projects and orchestras such as the Scottish Chamber Orchestra.

Robert graduated in 2018 with a MMus from the Royal Conservatoire of Scotland, where he won apprenticeship schemes with the Scottish Chamber Orchestra, BBC Scottish Symphony Orchestra, and the Royal Scottish National Orchestra. Those have led to professional work with both the BBC SSO and the RSNO. A keen chamber musician, Robert is also the horn player for brass quintet Brass Tracks with whom he performs across the UK. He was a guest performer on rock band Mogwai’s most recent album, and has extensive musical theatre experience including credits in London’s West End, UK tours, the Edinburgh Fringe, and for the National Theatre of Scotland. Robert also works as an organist, sound designer, and is an award-winning screen composer. @robertnewth

Donagh was born in Cork and grew up in Wicklow, a small town near Dublin. He started to play piano at a young age, and soon took up clarinet too. Throughout his pre-teen and adolescent years he dabbled in guitars and drums. He is now studying for a masters in bassoon at the Royal Conservatoire of Scotland with David Hubbard and Alison Green. Donagh is also a keen composer, conductor, improviser, photographer, and has even tried stand-up comedy.